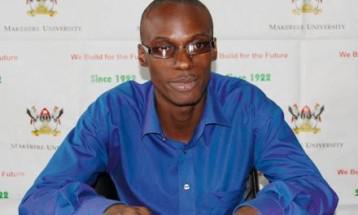 Abdu Ssekalala is a young Ugandan student at the School of Computing and Information Technology, Makerere University, and a billionaire, at least in Ugandan currency. At 23, he already boasts a portfolio of more than nine mobile phone applications, which have earned him a fortune, fame and acclaim.

Abdu’s break came after he learned to develop for mobile at a Nokia sponsored training for Java ME training session in Uganda in 2011. Initially, he intended to focus on enterprise systems and the web. However, he changed his mind after realising that mobile would give him the chance of impacting the lives of more people across Africa and the world. When he developed his first app after the training, Nokia were willing to customize it for Ovi, their app store and things changed fast.

Dictionary app takes off
Of Ssekalala’s nine apps, all are free except for once called Workbook, a dictionary app. It has word of the day feature which provides definitions, synonyms and examples. For every download, the app is available on Nokia’s Ovi store, Abdu makes $1.25. By mid-2012, it had been downloaded more than 300,000 times, earning him $375,000. The highest downloads for Workbook so far have been in India and Thailand showing just how far African developers can reach. The rest of the apps under can be downloaded for free., however Ssekalala monetizes them through ads powered by the mobile ad company, Vserv.mobi.

Simple app becomes most popular
Among the free apps Sekalala has created is Uganda Theme. It is a free app that allows users to customize your phone with the Ugandan flag, and it is Abdu’s most popular. In the first week of its launch, it became the 3rd most downloaded app in the world. Other apps include 101 Romantic SMS, which generates poems and love messages that users can send out via SMS. Ssekalala modified this app to come up with his first application for android phones which became available on the Samsung platform in April 2012.

The Zuckerburg effect
Sekalala makes at least $100 a day from his apps with his only investment being his time. He advises other young people to take advantage of opportunities when they come knocking, I believed I was going going to make a mark when Uganda Theme performed impressively. Ssekalala adds his role model is Facebook founder Zuckerberg and he plans to make a million dollars before he is thirty. In addition to developing apps, he runs two other companies that focus on website development; Gogetta which employs eight people and Foo Technology with seven employees making Sekalala an inspiration to budding techies all over Africa.