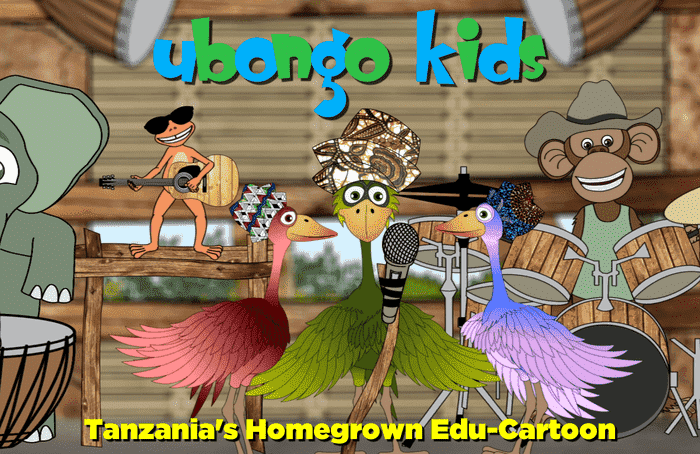 Tanzanian social enterprise Ubongo is planning on launching its edu-tainment cartoon Ubongo Kids, which went live on terrestrial television in January, in other African countries while also introducing an English language version of the show – Tom Jackson.

Ubongo Kids aims to teach Tanzanian children mathematics through the songs and stories contained in the TV show, and allows kids to interact with it via SMS in the form of maths questions, polls and surveys.

The show has thus far been a success , according to co-founder Nisha Ligon, who told AppsAfrica: “We did some surveys in urban schools in Dar es Salaam and Arusha and one in four kids said they watch the show. Kids who want to receive questions pushed to their phones or their parents’ phones can register, and we have over 22,000 registered.”

It is already reaching a wider audience, and an audience outside Tanzania, after last month’s partnership with StarTimes succeeding in bringing Ubongo Kids into more than one million households across East Africa, but the startup is looking further.

A Kickstarter campaign to raise funds for further rollouts brought in $51,000, which Ubongo is using to launch an English language version of the show, which is currently only in Swahili, in countries such as Kenya and Nigeria.“We’re not just dubbing it, we are re-doing the lip-synching,” said Ligon, explaining the cost.

Success has been hard-earned for Ubongo, which was initially bootstrapped by its five co-founders, who Ligon says had all the skills needed to produce the TV show. However, there were times when she thought the company might not make it.

“We ended up producing six episodes before bringing on a corporate sponsor,” she told AppsAfrica. “It worked out in the end but there was a period when we were worried.”

The company is now running from revenues, gained from advertising on free-to-air platforms – CRDB Bank is a partner in Tanzania – and licensing on digital ones such as StarTimes, and is likely to seek investment early next year as it targets pan-African expansion.

“We’re going to continue producing it the way we are and bringing learning to kids across Africa. We feel like we’re in a good place now to release similar programmes on different topics for kids across Africa,” she said. Ligon said the size of the edu-tainment market in Africa means Ubongo sees any possible competitors in the market as possible partners.“We’re probably better off partnering with people that are doing edu-tainment than competing with them,” she said.

Ligon also said lack of funds of television stations in Africa were an obstacle to getting shows on air, meaning the likes of Ubongo Kids often need to be self-funded and raising their own revenues.

The company was also a winner at the 2014 edition of East African mobile startups event PIVOT East, the only non-Kenyan company to win one of the five categories, walking away with US$5,000, but LIgon said the company almost didn’t enter.

“The funny thing is, before that, all the events started to seem like a waste of time. I almost didn’t apply for PIVOT East.”