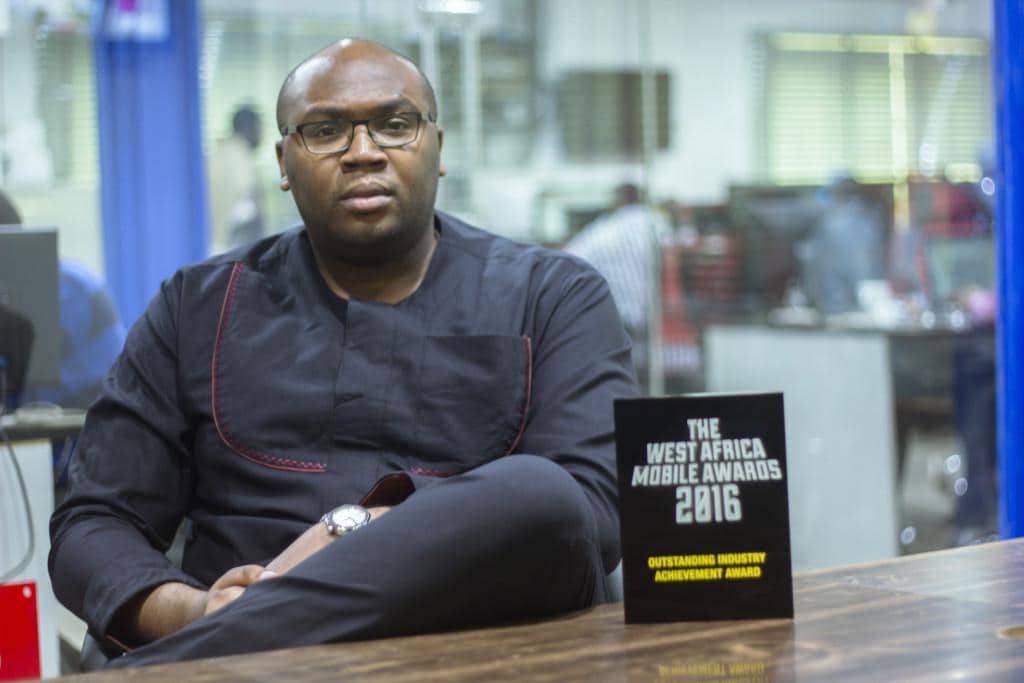 Jason Njoku’s objective has always been to ‘lead viewers to content they’ll love’ and he has achieved this by opening up Nollywood to the world, through his extensive content digitisation project, iROKO.

Lauded by international commentators as the ‘Netflix of Africa’, Nollywood has never been more accessible and Njoku’s contribution was recognised with the Outstanding Industry Achievement Award at the West Africa Mobile Awards in Lagos, Nigeria.

While building one of the most successful tech innovations to come out of Nigeria, Njoku more importantly shines an international spotlight on the African tech scene, breaking down barriers and inspiring the next generation of innovators across the continent to flourish globally.

Founded in 2011 and thanks to Series A VC investment of $3M from US-based hedge fund Tiger Global, the YouTube channel metamorphosised into a dedicated Nollywood platform and IROKOtv.com was born.

In response to Africa’s challenges surrounding internet infrastructure, and noting customers’ issues with streaming long-format content, Njoku switched off the streaming element of the website on the continent and invested in building a purpose-built Android App for viewers on the continent, as part of his mobile-first, Android-first, download-only strategy.

Four years later, with offices in Lagos, New York and London, and a team of over 100, IROKO has become the world’s largest online platform for African entertainment and is one of the most recognised and well-respected African technology brands. IROKO has since closed on additional funding rounds totalling $35M, making the company one of Nigeria’s most well funded companies and is at the heart of Africa’s exciting tech space.

Commenting on the award win Njoku shared, “I’m thrilled to receive this award from WAMAS for Outstanding Industry Achievement. I’m fortunate to have a strong team behind me, who holds the same vision of bringing awesome, homegrown African content, to the continent. It is by no means an easy challenge what we’re attempting to build with iroko, but we’re all super-focussed on delivering awesome, every day, and we hope to continue achieving in the coming months and years.”

The West Africa Mobile Awards (WAMAS) had an overwhelming response drew submissions from 10 countries, across 3 continents. The 10 winners were announced during an awards gala party at Rooftop in Lagos with over 150 mobile industry executives, international media, investors, prestigious judges, and sponsors in attendance.

Matthew Dawes, Co-Founder of the West Africa Mobile Awards, commented: “The inaugural West Africa Mobile Awards exceeded all of my expectations – right from when we opened the entries, all the way to the actual awards party.  I want the awards to be an annual, truly independent, celebration of progress of the mobile industry.  There’s no doubt from anyone that I’ve spoken to that the 2016 WAMAS have achieved that and are a significant stake in the ground.  My congratulations to all the finalists and winners.”