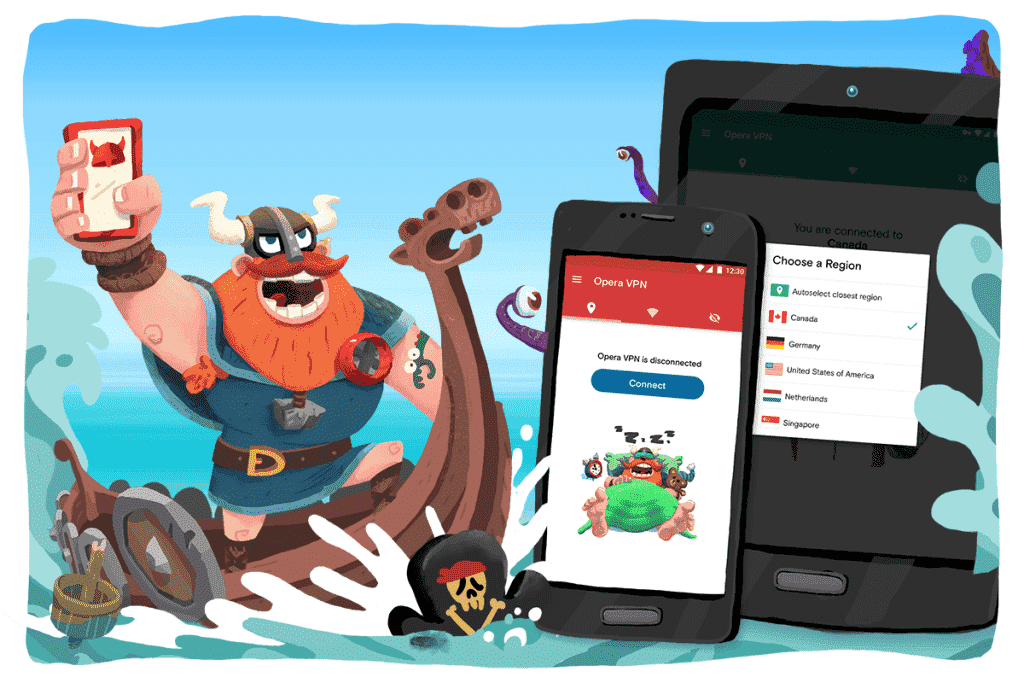 Opera have announced the launch of a free and unlimited Opera VPN app for Android, enabling mobile users to enhance their online privacy, block ad-tracking cookies, access more online content, extend the geographical reach of apps and test the security of Wi-Fi networks.

“The Opera VPN app for Android sets itself apart from other VPNs by offering a completely free service – without a data limit, no log-in required, advanced Wi-Fi protection features and no need for a subscription,” says Chris Houston, President of Surfeasy, Opera’s VPN division.

The Android version of the Opera VPN app follows the iOS version that rolled out globally in May and has already been downloaded by more than one million users. The Viking will keep you safe
“We’ve incorporated a Viking in the app, because Vikings didn’t care about borders, and they certainly wouldn’t be afraid of public Wi-Fi. The Opera VPN app can unlock online borders and is the closest thing to a Viking shield that today’s mobile users have for virtual self-protection,” says Chris Houston.

Test your Wi-Fi to enhance online privacy
The Wi-Fi test tool in Opera VPN will scan a Wi-Fi network to check if it’s public or private, if it’s encrypted, how many other devices that share the same connection, if the IP address and the location are exposed, and if others can monitor or sniff device details. If the test tool detects any weaknesses, it will advise the user to enable the VPN.