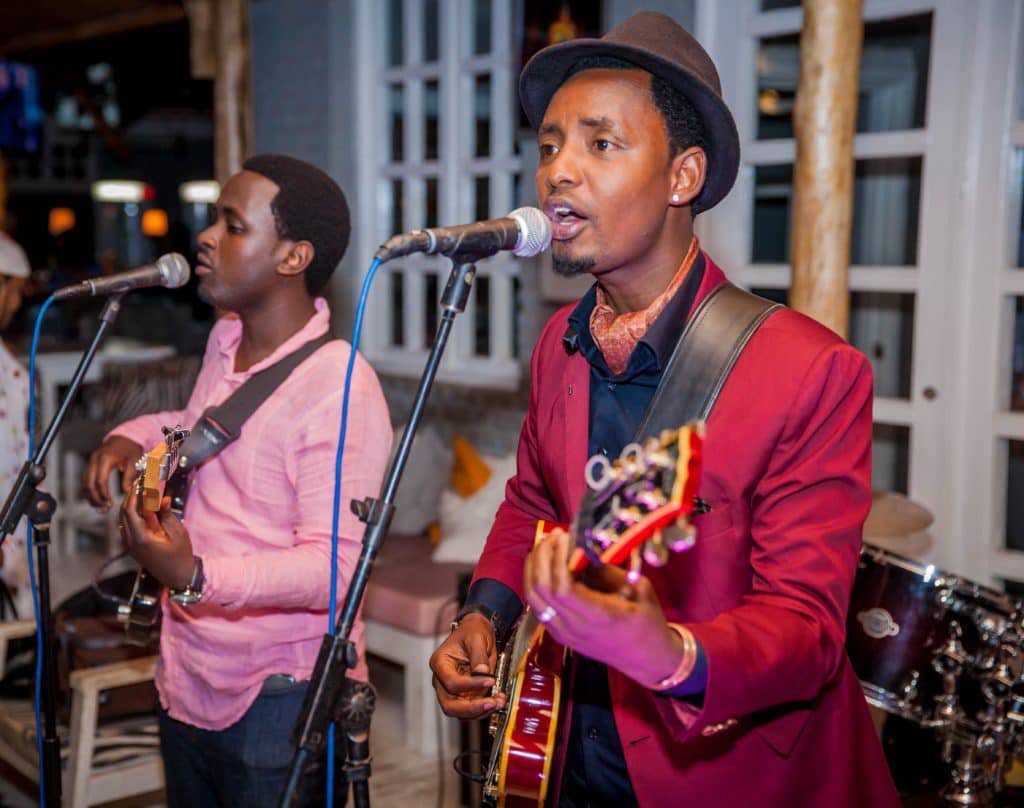 With just two weeks to go until  Africa Tech Summit Kigali – Feb 14th/15th, we uncover the ongoing collaboration with media and entertainment and the rise of technology on the continent which will be unpacked at the Creative Summit.

The Summit will connect industry players such as Boomplay Music, Safaricom Songa, Telkom Kenya, Vox Africa and Econet Group with music industry insiders to unpack the digital entertainment landscape over two days at the Kigali Convention Centre in Rwanda. The Creative Summit will also feature keynotes from leading Nigerian recording artists, MI Abaga, and CEO of record label Chocolate City, and BEZ , while also showcasing up and coming artists, alongside industry insiders including Godwin Tom.

In 2018, PwC’s ‘Entertainment and media outlook: 2018 – 2022: An African perspective’ report revealed that South Africa, Nigeria, Kenya, Ghana and Tanzania will add US$12.4 billion in E&M revenue from 2017 to 2022, at a combined CAGR of 11.9%. The growth of internet access is expanding the range of E&M opportunities available in Africa and telcos is said to be the key growth drivers in revenue. Additionally, Africa’s high population and gradually increasing disposable income suggests there will be an increase of potential E&M consumers.

As such, the entertainment and media industry presents itself as a lucrative opportunity for investment. Global telecoms provider, Econet Wireless, through its subsidiary brand Econet Media, recently announced that it was reviewing its business strategy and service offerings to align with the changes in the digital and satellite sector. The company, which owns Kwese – via Kwesé Free Sports [free-to-air service], Kwesé iflix [mobile video-on-demand platform], and Kwesé Play [a video streaming service] – has since been adopting its TMT business model, and is expected to add more brands to its service.

When it comes to the entertainment industry, music is increasingly becoming a profit-making industry after several years of stagnant growth. Although, initially seen as a killer of music, technology has completely transformed the way African music is recorded, listened to and shared. In the West, music streaming technology and platforms have been widely blamed for killing off high street music stores, as well as seeing record sales tumble. But what’s the sector looking like in Africa’s vibrant music sector? Here, we look at some of the ways technology has impacted the music and entertainment industry in Africa.

The way we consume and access music has changed dramatically. For many years, African artists have been under the radar, with some notable exceptions such as Ali Farka Touré [Malia], Fela Kuti [Nigeria], Angélique Kidjo [Benin]. With the invention of recording technology, we’ve been able to shift from vinyl, to cassettes, to CDs, to MP3 and now to music streaming services, all leading to a new wave of artists across Africa gaining some global exposure and success.

The switch to digital streaming has led to the rise of African music streaming services such as Nigeria’s Boomplay Music, who offer streaming and downloading services to its 31 million users and 17 million monthly active users. The growing popularity of African hits have not gone unnoticed by international streaming services such as Spotify; not only does this platform now have an ‘Afro’ genre, with current hits and classics from East, West, Southern and Central Africa, Spotify also has a number of African playlists such as ‘African Heat’ created by the in-house editors – these playlists have power when it comes to breaking new songs and artists.

African legal downloading music sites are on the rise in Africa, thus providing another avenue for artists and record labels to generate revenue from their content. In 2017, Senegalese-American singer Akon purchased 50% of Africa’s first home-grown streaming platform for legal music downloads, Musik Bi. The Senegalese company, launched with a mission of promoting African artists and ensuring they are paid fairly. Their partnership with mobile operators enables music consumers to legally download music using their mobile phone credit. Telcos and their many millions of customers are lucrative outlets for artists, and the MTN Music Plus service has become one of the largest revenue generators for Nigerian artists, in particular.

Another revenue generation streaming service is Songa, founded by Kenya’s Safaricom and launched in 2018. Limited to Safaricom’s millions of subscribers, the app enables users to get local and international songs directly on their Android mobile phone, thus providing an additional revenue stream to Kenyan artists and increasing their earnings. Songa is not Safaricom’s first involvement in the music industry; the company also launched Skiza Tunes, a ringback tone service that pays artists whenever a Safaricom subscriber chooses to use their song as a ringback tone.

A west-African platform that’s gaining traction is Qisimah. Founded in Ghana, it’s an innovative radio content monitoring platform that provides stakeholders in the music industry with real-time data in regards to their music. Data seems to be the key selling point here – something that’s been missing from the digital music scene since, well, music went digital.

Tech-enabled music platforms such as Qisimah also provide a legal framework for recording artists, whereby artists using Creative Commons licensing are able to track use of their content. Essentially – they provide transparency, in the murky world that is digital music.

A major challenge facing the music and entertainment across Africa is piracy. Whilst streaming platforms provide consumers easy access to music, it has also become a breeding ground for piracy. Whilst there are no concrete solutions to combat piracy. The situation is so widespread, that the New York Times exposed the Nigerian pirate music industry in 2017. For some artists looking to gain notoriety, having their music pirated isn’t a concern, as they just want their music & name to be “out there”; for others, who have overheads and entourages to pay for, the piracy industry is stifling their earnings.