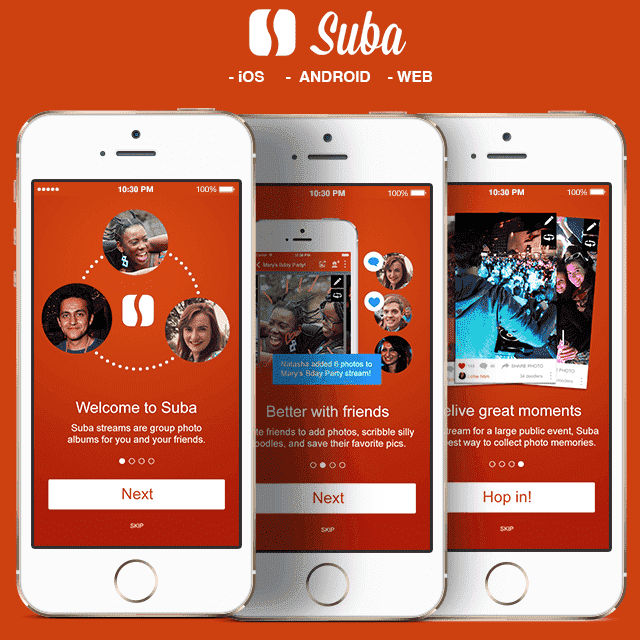 The App Developer pitch final has just finished in Lagos and Suba has been voted the Mobile West Africa, App Developer 2015 winner.

Four start-ups from Nigeria and one from Ghana pitched to the conference audience at  Mobile West Africa in Lagos to win the 2015 App Developer Competition and was proudly supported by Appsafrica.com. With entries from all over Africa the final lineup included MOBicure, Taja, Genii Games (Asa), Suba and WhizApp

Suba, the winning app is a Ghanaian start-up and is the brain child of Nelson Klutse and Eric Hackman. Based at the Meltwater Entrepreneurial School of Technology (MEST) Incubator. Suba is an event-based iOS and Android mobile app that allows everyone at fun social gatherings (from concerts to weddings) to see and share photos together in one central photo stream.

Suba goes beyond the constraints of a ‘Friends List’ common to other social platforms, and allows event attendees to see, save, and share everyone’s photos – including photos of people they aren’t already connected to.

Speaking at the event Andrew Mowbray, Communications Director for AllAmber, said “The App Developer Competition has been an integral part of Mobile West Africa since the launch of the event in 2011. Every year, some of the best developers from the region present their creations; the 2015 entrants were the strongest group yet. Spanning categories including education, retail, health, and entertainment, the calibre of this year’s finalists demonstrates the exciting work being done by talented developers in West Africa.”