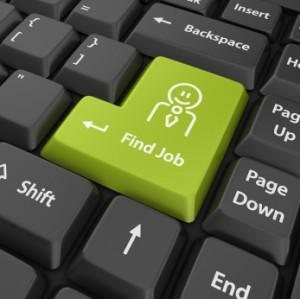 Online recruitment in Africa has been on an upward curve in the past few years, both for full-time and temporary work, with providers of such services now beginning to look beyond the traditional jobs board format and provide alternative ways of matching job hunters with employment and allowing them to advertise their abilities to prospective employers – Tom Jackson.

Nigeria’s Jobberman, perhaps the leading example of a successful online recruitment platform in Africa, said this year it now has millions of subscribers and attracts 50,000 more each month, while boasting millions of monthly pageviews monthly on its and app. South Africa’s Job Mail claims to have more than doubled its user base last year.

Two of Africa’s leading online work platforms, oDesk and Elance, said 2.5 million jobs were posted on their platforms in 2012. Moreover, oDesk reported earnings of US$360 million by subscribers, while the average Elance worker in Kenya earns US$15 an hour, three times the national average of US$5 per hour.

The popularity of posting and finding jobs online has grown with the increasing importance of digital as opposed to non-digital media, as revealed by a report commissioned by South Africa’s Digital Media and Marketing Association (DMMA). But how people are using digital media is also changing, and disruption in the market is challenging the hegemony of more traditional online jobs boards such as Jobberman and Brighter Monday in Kenya.

“Job boards are based on an outdated model of big databases with no relationship to job seekers and poor integration to social media, if any,” according to Cape Town recruitment software solutions firm Graylink. “The traditional SA job board model has been to charge companies large sums to advertise their jobs with the chances of success being somewhat of a lottery. Aggregators are disrupting the market by collating and featuring jobs from multiple sources on one site for free.”

Graylink says recruiters would be better advised to focus on aggregators such as Indeed.co.za to better use their budgets and receive better exposure for their jobs, while also establishing formal referral practices and systems. Some African recruitment software firms are working on adding value to their platforms in order to move with the times, while new startups are springing up regularly with varying offerings that vary from simply hosting listings.

One such company is Nigerian company PushCV, which started as an automatic CV sending service, but soon realised that very few of applicants were getting callbacks for jobs they applied for using the platform. PushCV subsequently launched CV creation and rewriting services for graduates to try and buck that trend, providing services such as PushCV Learning Center, PushCV Careerpedia, PushCV Ask, PushCV Mock Interview, PushCV Resumes and CV Matching.

Co-founder Odunayo Eweniyi told AppsAfrica PushCV – which currently has 41,000 users – had grown from its basic conception into a capacity building service.

“We believe that if great people are employed in an organisation, that organisation will expand and more jobs will be created. So we are focused on building great people via our current products,” she said. “The products combined help individuals improve themselves and their individual KSAs (Knowledge Skills and Abilities). An individual’s KSA is constantly measured against that of others on the site providing the areas that need improvement on a daily basis.”

Eweniyi said the company was unique in deviating from the “prevalent practice” of simply sending CVs to employers, and was now adding more value by focused on individual development and empowerment.

“Before we send anyone’s CV to any employer, we want to make sure that the individual is well equipped for that job; which by extension means that the employer is getting the best person for the job,” she said. “Career success should come from self-development. That is our aim. It is no longer about the resume; but the person. No other company is focused on the individual, right now.”

She said PushCV believed the need for paper in the recruitment process would soon be eliminated, and the company was determined to pioneer that in Africa.

“The internet is here to stay. Technology makes things easier and so we would say the internet has limitless potential to make finding a job easier. People will be able to get jobs just based on their digital footprints. Africa will get there in time.”

Mobile is also becoming increasingly important in digital recruitment. Graylink says the fact that Africa’s 650 million mobile phone owners has grown 40-fold since 2000, and 80 per cent of South Africans now own a mobile, makes it the “best way to reach candidates, especially blue collar workers”.

“Different to the US, Africa will have 85 per cent non-smartphone users by 2015, which makes SMS an ideal communication channel,” the company said. “Recruiters should start figuring out how to integrate mobile into the recruitment process as a job application channel. When looking for options, choose software that not only does mobile marketing of job ads, but can also automate the job application process via various mobile channels including SMS, mobile Internet, Instant Messaging (like Mxit) and USSD.”

Focused on the opportunities in mobile recruitment, Cape Town-based company ByteOrbit recently launched Impress Me, a video-based app that allows a job seeker to send a prospective employer a 60-second video, providing a new, innovative way of showcasing ability and personality alongside the traditional CV. The app is available on web, Android and IOS, and allows users to find and apply for jobs for free and then send their video.

“In 2013 we witnessed the tipping point where more people accessed the internet via mobile devices than traditional desktop machines. This has prompted high growth in the mobile app space,” he said. “Apps like ImpressMe aim to make it easier for employers and job seekers to post and apply for jobs. In addition to being pervasive, mobile also presents opportunities to evolve the way the job application processes works. These opportunities are born from the hardware capabilities such as video, sound, location awareness, etc.”

He said the benefits were mutual for both employers and job hunters.

“From the employer’s perspective greater insight into the candidate is gained via a 60 second video selfie. In a world where culture fit and attitude have become fundamental in recruitment, the benefits of a video application over a CV are incomparable. Employers will testify to the many experiences of receiving a stunning CV only to be disappointed when the candidate arrives in the boardroom for the interview,” Ramdath said.

“From the job seeker perspective there are many benefits too. One of the main benefits is that as a candidate you get to sell yourself on more than just your academic and work track record. You get the opportunity to stand out and present why you are the right person for the job. It also provides candidates with little or no work experience with a stronger case for being appointed for a position. Sending a 60 second video selfie is also quick, easy and fun.”