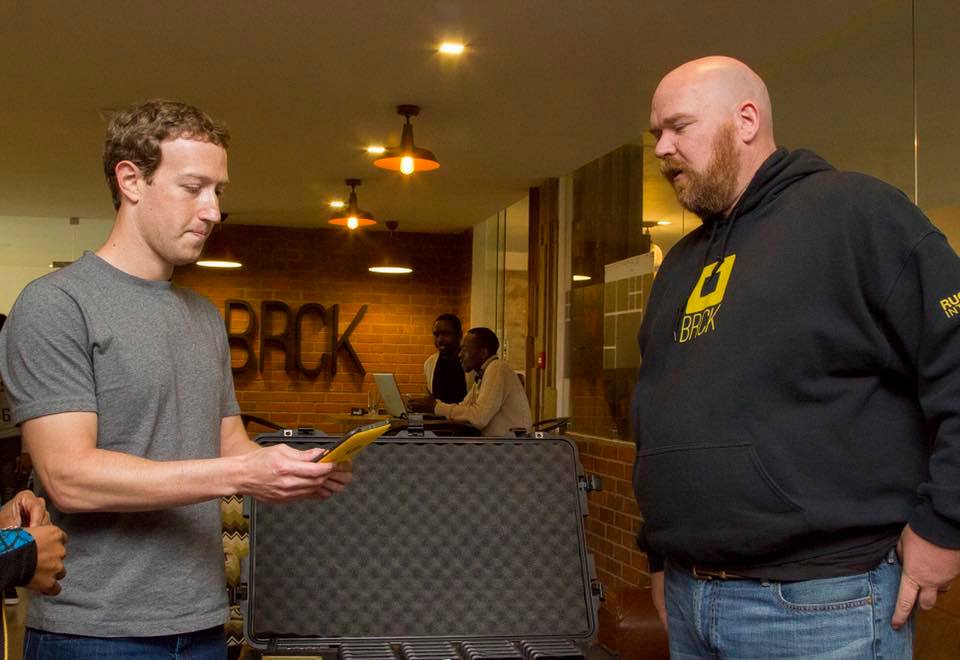 Having visited Nigeria Facebook CEO Mark Zuckerberg arrived in Kenya this week on his first trip to Africa, using his time in the country to visit Erik Hersman and the iHub technology hub in Nairobi.

Zuckerberg is in Kenya to see how technology innovation is changing the country, learn more about what mobile entrepreneurs are doing with the latest technology, and find out how Facebook can better support small businesses, developers and content creators across growing markets.

He landed in Kenya yesterday after visiting Lagos, Nigeria and was “excited to see how mobile money and social media are driving commerce in the region and creating new opportunities for entrepreneurs and communities.”

One of Zuckerberg’s first stops on the trip was iHub, an Innovation hub and hacker space started in March 2010 by TED fellow and entrepreneur, Erik Hersman. Here, he met developers and entrepreneurs: Zuckerberg also spent some time hanging out with developers in The Community Space and marveling over the ingenuity of BRCK, an American-owned, Kenya-based start-up that built a rugged, self-powered, mobile WiFi device which connects people and things to the internet in areas of the world with poor infrastructure.

“Just landed in Nairobi! I’m here to meet with entrepreneurs and developers, and to learn about mobile money – where Kenya is the world leader” says Zuckerberg.  “I’m starting at a place called iHub, where entrepreneurs can build and prototype their ideas. Two of the engineers I met, Fausto and Mark, designed a system to help people use mobile payments to buy small amounts of cooking gas, which is a lot safer and better for the environment than charcoal or kerosene. It’s inspiring to see how engineers here are using mobile money to build businesses and help their community”.

Zuckerberg later posted “I had lunch in Nairobi with Joseph Mucheru, the Kenyan Cabinet Secretary of Information and Communications. We talked about internet access and his ambitious plans for connecting everyone in Kenya.”