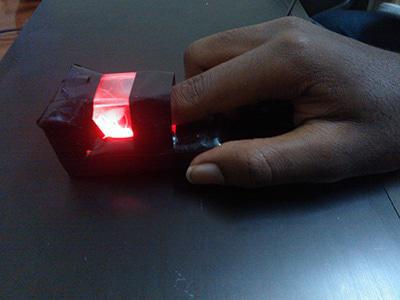 Africa is great at utilising inventions from other parts of the world and harnessing them to make more relevant solutions and products. The plan was never to produce mobile phones but instead African innovators have pushed mobile phone technology in different directions to address real issues that make life easier for African’s. Matibabu is a mobile innovation that does just that.

Matibabu
Matibabu is a mobile app that is able to detect malaria causing parasites, one of Africa’s biggest killers. It eliminates the need to prick a patient and draw blood for the test. And you have to wait for a while before you get your results. And that is partly the motivation behind this innovation, one of the team members developed malaria and had to be pricked to draw blood for the malaria test and wait for more than thirty minutes for the results.

The team behind this innovation Josiah Kavuma, Brian Gitta , Simon Lubambo and  Joshua Businge are all students at Uganda’s Makerere University. They started with a simple question “Can‘t there be a way we can have this process less or not painful and timely?”.

The solution, a technology that uses red light to test for malaria was created. It involves a custom made piece of hardware which consists of a red LED and a light sensor. A finger is inserted into the device to diagnose and the results are viewed via a smartphone. Red light triggered into the skin to reach the bed Blood cells. Light is used to determine the state of the red blood Cells to determine ones malaria status, with the results viewed on a smart phone.

627,000 deaths from Malaria
According to the World Health Organisation released in December 2013, there were about 207 million cases of malaria in 2012. Of this, an estimated 627,000 resulted in deaths. Most of deaths occurred among African children children. A big part of the war against malaria is about timely testing. Also the cost of accessing testing equipment is prohibitive for most inhabitants of the continent. This product has the potential of significantly reducing the cost spent on acquiring expensive malaria testing equipment. Its portability and the little power needed to power a mobile phone can increase accessibility for malaria testing for Africa’s remote areas and makes Matibabu a great African innovation which can make a living difference.