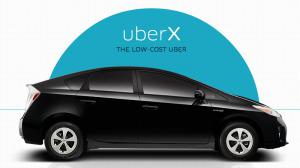 Uptake of the UberX low-cost taxi hailing app in Cape Town has been “incredible”, while drivers “love” the work model according to Anthony le Roux, general manager for Uber Cape Town in an interview with Appsafrica’s Gabriella Mulligan.

Uber launched its low-cost option uberX – which runs alongside the premium uberBlack service – in Cape Town in June, inviting users to try out the service for free for five days under a launch promotion.

Download the uber app
Customers download the uber app, and have the choice of hailing a high-end uberBlack taxi – with which customers ride in luxury Audi, BMW and Mercedes vehicles – or an uberX vehicle, which sees Toyota Corolla and Toyota Avenza type cars picking up customers at a much lower cost, often undercutting the traditional taxi companies.

Speaking with Appsafrica, le Roux said the public in Cape Town is eager to make use of the alternative affordable transport option, and uptake of the app in the month since the uberX launch in the city has been “incredible”. “We do not disclose user numbers but can tell you that the uptake has been incredible. Capetonians are loving having an alternative choice in moving around their city, at a very affordable price,” he added.

“Safest, most affordable and reliable ride”
“For riders, we want to be the safest, most affordable and reliable ride. uber is the ‘gold standard’ when it comes to consumer safety and this is all because of technological innovation in the app,” he said. During the promotional period offering free rides, le Roux said demand was “huge”.“All the uberX vehicles were doing back-to-back rides for the whole [long] weekend.”

Although uberX offers a low-cost option which has proven very popular, le Roux said the premium uberBlack service remains in demand and has not been hampered by the launch of the uberX service.

Price makes the Uber app more accessible
“UberX means we providing a price point that makes the Uber app more accessible to more people. It also means we can partner with small to medium transportation providers, growing the economic opportunity for drivers. That being said, as a higher end segment, uberBlack is also equally popular for users looking for more luxury ride around the city,” the general manager said.

As such, Uber does not plan on increasing the uberX prices, le Roux said. “At the moment, we don’t have any plans for increasing prices. We priced uberX competitively in order to make our app more accessible to more people.”

Similar to Tranzit in Nigeria, Uber does not employ any taxi drivers directly, but partners with existing transport companies and allows drivers to “log in” and accept Uber-based taxi requests freely without any set work hours.

Le Roux said this makes the app very popular with drivers, and the company is ploughing ahead with its plans to have as many cars on the Uber network as possible to ensure the shortest possible waiting time for customers hailing a ride via the Uber app.

Drivers get flexibility
“Drivers lover Uber because of the flexibility of the service; they can work whenever they want and are not obliged to work in shifts. This means that they can log-on and off when they choose to do so giving them amazing flexibility in their lives,” le Roux said. “We partner with the existing supply of transport operators and our goal is the match demand with supply, which has been steadily growing. Our aim is to get the ‘estimated time of arrival’ to as little time as possible,” he said.

Uber launched its first African presence in South Africa in August 2013, first in Johannesburg, and spread quickly to Durban and Cape Town. The company has a presence in 140 cities across 41 countries worldwide, and intends on expanding its service across the African continent.

“We believe in choice and we want the people in Africa, to have more choices, be it rider or driver,” le Roux said.