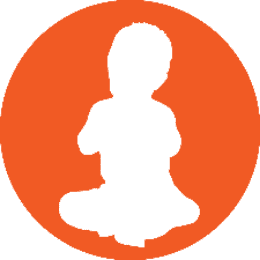 Most tech start-ups feel pressure in delivering a good experience for users but none probably as important as this one. “I wish to thank all the staff for the advice they gave me throughout my pregnancy period, and as the baby is due today, I hope I shall have a safe delivery” reads a message sent by a user.

The sender, an expectant mother had been introduced to a new application a few months into her pregnancy by a friend. The friend had come across the application during an event where start-ups were showcasing their products.

For the last five remaining months, her phone buzzed with a message whenever she was up for a visit to the antenatal clinic. Most times, she remembered the visits, but the texts served as a constant reminder, and an accountability mechanism. She felt that she owed whoever was sending them the courtesy of that visit. She also felt good that someone cared.

Totohealth does care and describe their core business as ensuring that every expectant woman and new mother does not miss a hospital appointment simply because she forgot, or their partners forgot. There’s always the ubiquitous mobile phone, which almost every adult owns, and which is always with them. It could serve as an avenue to remind them.

They send targeted SMS to every mother based on the information they received from them during registration. Since mothers are registered based on when the babies were born or conceived, and the place of birth, the company is able to determine the kind of information a mother needs to know at a particular time. Based on that, they are able to send information to the mother in the language that she speaks and understands. The messages are structured into two groups; one, which focuses on the health of the baby, is sent on Monday, and the other one, which focuses on the health of the mother, is sent on Thursday.

The responses to the text messages are also recorded and thereafter reports are created based on them.

Totohealth is a result of what one of the co-founder experienced while working with a different organization. Felix Kimaru, a designer and developer, had a stint with Therapies for Kids, an organisation that helps improve lives of children with physical and mental impairments, as a consultant. While there, he realized that most parents wait for a long time before seeking help for their disabled children. He also learnt that most Kenyan parents are not aware of what to expect in a child’s mental, hearing and physical development milestones. Essentially therefore, most parents are unaware of the danger signs in the development of their babies.

It is the desire to bridge this lack of information gap that he teamed up with Victoria Nyakundi, an actuary, and Joseph Murgor, a software developer, to found Totohealth.

So far, they have partnered with six hospitals and a Maternal Health NGO, and have sent more than 17,400 messages. Outside the hospitals and NGO’s, a big source of recruitment has been referrals.

Totohealth plans to expand into East Africa with the rest of Africa being a possibility later on. They also plan to expand the scope of their services to cover the needs of entire households.

The company main challenge is the ability of their healthcare practitioners to respond to the queries of mothers that they receive everyday as they are in high volumes.

Totohealth is yet to attract any funding from investors. It is funded by founder contributions and a sister company called Mobidev Solutions. Regardless of funding Totohealth has already been recognised as a great idea and was a finalist at Pivot East Startup competition and emerged as runners-up in their category.