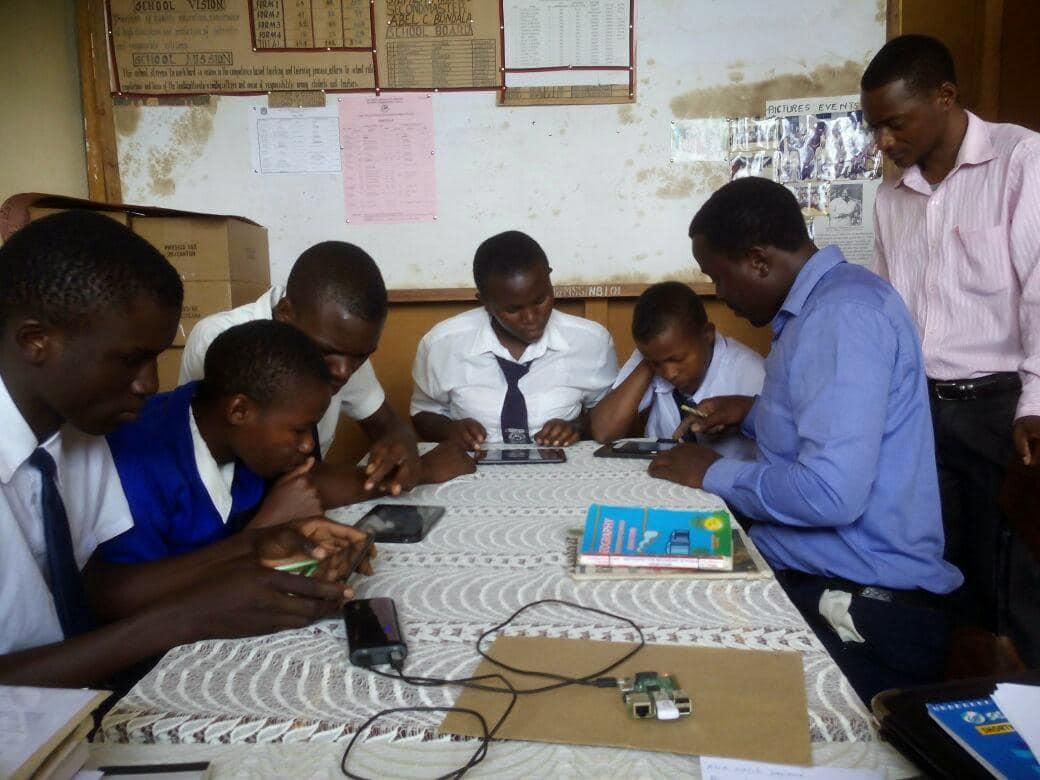 Masekelo secondary school in Shinyanga, Tanzania has many challenges: there’s no electricity or water, so each pupil needs to collect 5 litres of water each day and carry it to school.  Until Tanzania Development Trust gave them a grant in November there were insufficient desks or chairs and many had to sit on the dirt floor.

Janet Chapman, Communications Manager from Tanzdevtrust explains  “the government had decreed that every secondary school in Tanzania must have science laboratories by the end of February. No money was provided for this; they should come from parental contributions alone. When your parents are subsistence farmers this is challenging.”

The school has few text books or resources and a dire shortage of maths and science teachers, but the dedication of its headteacher and staff now mean they have the best results of any government school in the district.

“When I visited in September the dynamic headteacher, Steve Mihambo,  told me of his dream of a computer room, once they had power. So I brought a Raspberry Pi computer, run from an external battery, with a 32gb SD card with content downloaded from wp. This includes Wikipedia schools edition,  2000 maths and science videos from Khan academy,  800 classic books and various health resources.  A wifi stick in the Pi means any nearby smartphone, tablet or laptop can access all this content” Chapman adds.

Chapman demonstrated this to the teachers and school board on the 5 donated tablets brought,  plus a couple of staff phones. They were astounded.  “It’s like a miracle”, said the board chair.  “Now we are in the 21st century”, added a teacher.

Tanzdevtrusts, simple use of basic technology delivers life changing possibilities for Tanzanian students previously “unconnected” and undeserved by the government.