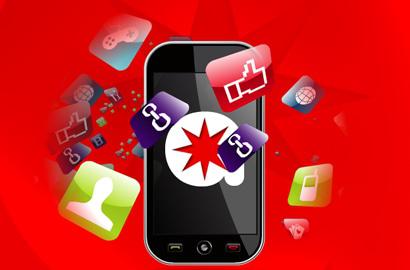 Kenyan app Automs.gs has won the 2013 Appstar Challenge – a partnership between Safaricom and Vodafone designed to give support mobile app developers in emerging markets.

At the finals in Nairobi, Bernard Mukangu’s Automs.gs was named the overall winner. Automs.gs is an SMS scheduler app that allows the automatic sending of personalized text messages on pre-scheduled dates.

A total of 2,200 apps developers registered for this year’s Appstar challenge and eight developers from Kenya, India, South Africa and Tanzania reached the finals to compete for cash prizes valued at USD 22,000.

Girlfriend mishap spurs a new innovation
The idea to come up with Automs.gs was born when I forgot to send my girlfriend a message to wish her a happy birthday and as a result she was very cross with me. From that day I purposed to develop an application that would ensure that I would never forget important events in the lives of those I care about both at a personal and professional level,” said Mukangu after being named the grand winner of the 2013 Appstar Challenge.

Mukangu started his career at Nairobits incubation hub in South B, where youth from informal settlements are given a chance to study mobile Apps development for free.