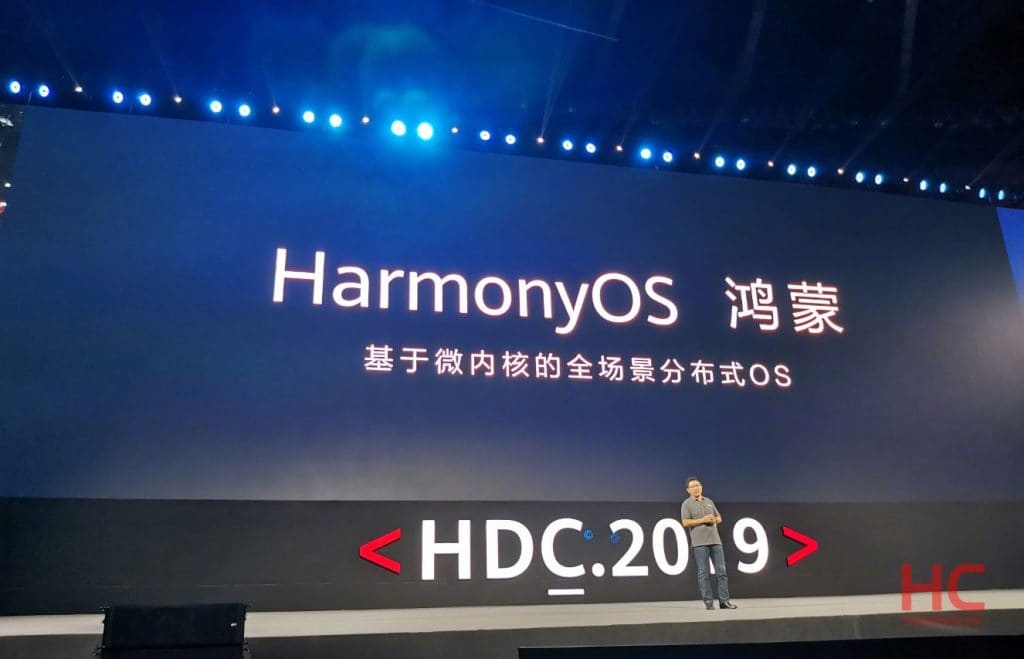 The new Huawei operating system is designed to work on every device thanks to it being micro-kernel based. HarmonyOS will not only work on smartphones but will also work on TVs, tablets, smart speakers, wireless earbuds, smartwatches, PCs, VR glasses, and even in cars. Huawei’s Chief Executive Officer, Richard Yu, says the OS is designed to work on devices with RAM sizes ranging from kilobytes to gigabytes.

HarmonyOS will support a wide range of apps including Android, Linux, and HTML5 in the future and will be open source to allow outside developers to contribute to its development. The new operating system uses Huawei’s ARK compiler and will support Kotlin, Java, Javascript, C, and C++ programming languages. It will also have a verified Trusted Execution Environment for a better connected security across multiple devices.

Huawei “wants to keep using Android”, added Yu, “however, if we cannot use it in the future we can immediately switch to HarmonyOS,” Yu said. He said that could be done in as little as two days if needed.