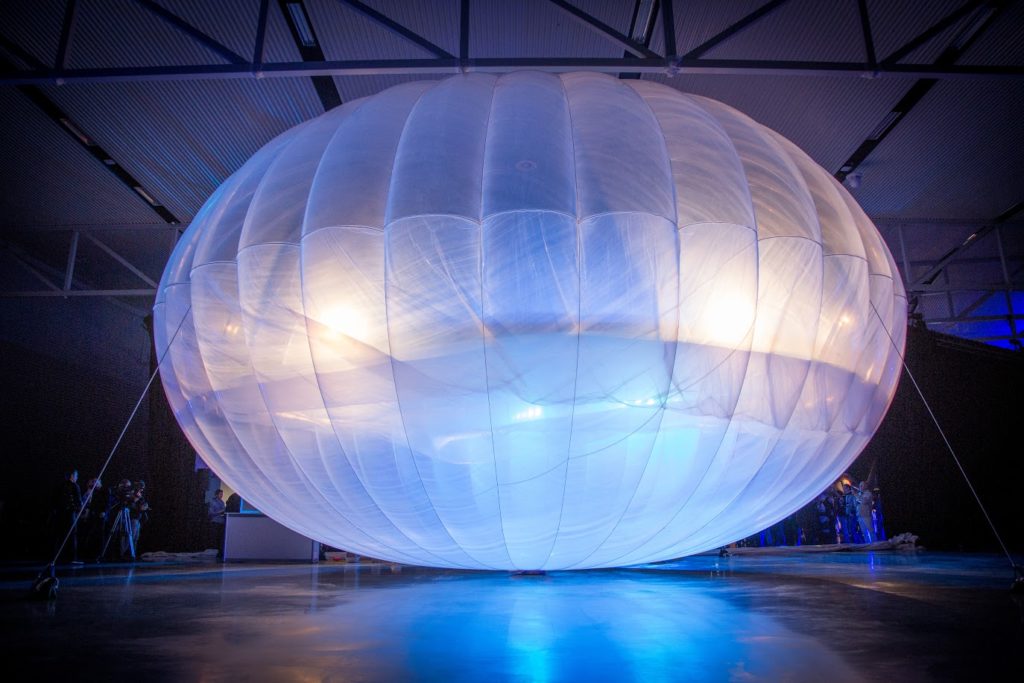 Telkom and Google Loon, a subsidiary of Alphabet have announced the signing of agreement to pilot an innovative new 4G/LTE access network service in Kenya. This will be Loon’s first commercial service in Africa.

The balloons act as floating cell towers, transmitting a provider’s service – in this case Telkom’s service – directly to a subscriber’s existing 4G/LTE phone below. Loon’s equipment is powered by on-board solar panels. This animation explains how Loon works.

Earlier this year Facebook scrapped its Aquila project to deliver internet via drones to provide wireless internet to the developing world.  While some critics argue that a single dominant project could create a monopoly, Joe Mucheru, the Kenyan ICT minister, told Reuters that project representatives were holding talks with local telecom operators on the deployment of the technology.

“The Loon team are still working out contracts and hopefully once that is done, we can be able to see almost every part of the country covered,” he said. The project confirmed it was holding talks locally but it did not give details.

Loon Chief Executive Officer, Mr. Alastair Westgarth, shared “We are extremely excited to partner with Telkom for our first engagement in Africa. Their innovative approach to serving their customers makes this collaboration an excellent fit. Loon’s mission is to connect people everywhere by inventing and integrating audacious technologies. We couldn’t be more pleased to start in Kenya.”

The pilot will take place within the general area of central Kenya, some of which has been difficult to service, due to the mountainous and inaccessible terrain. The exact coverage areas will be determined in the coming months, and subject to the requisite regulatory approvals.

With this association with Loon, “we will be partnering with a pioneer in the use of high altitude balloons to provide LTE coverage across larger areas in Kenya” added Telkom Kenya’s Chief Executive Officer, Mr. Aldo Mareuse.