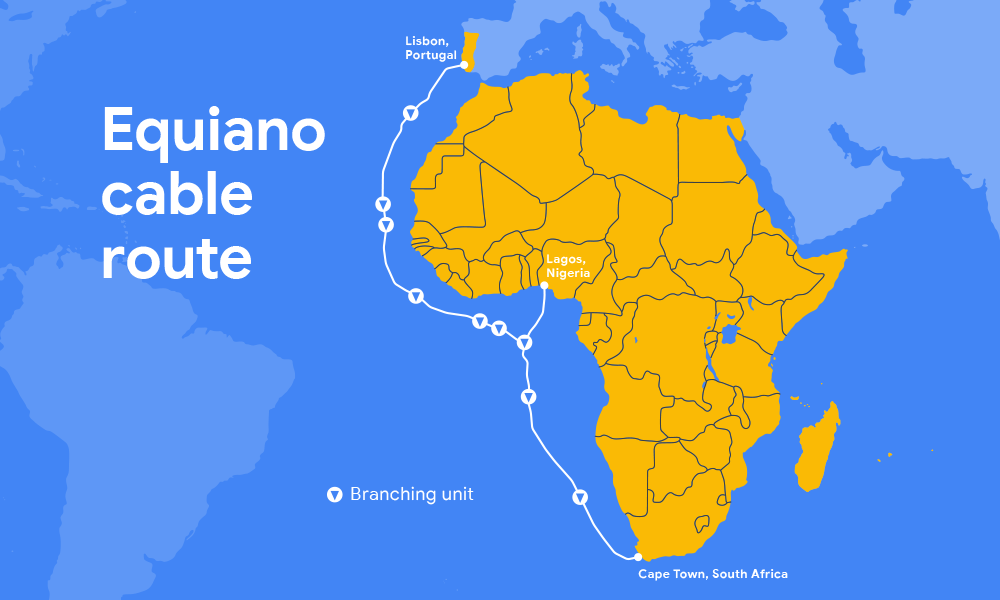 Google has announced the launch of a new private subsea cable that will connect Africa with Europe. Named Equiano, the new Google subsea cable to Africa will start in western Europe and run along the West Coast of Africa, between Portugal and South Africa, with branching units along the way that can be used to extend connectivity to additional African countries.

The first branch is expected to land in Nigeria. This new cable is fully funded by Google, making it their third private international cable after Dunant and Curie, and our 14th subsea cable investment globally.

The Google subsea cable to Africa is named after Olaudah Equiano, a Nigerian-born writer, utilising cable is state-of-the-art infrastructure based on space-division multiplexing (SDM) technology, with approximately 20 times more network capacity than the last cable built to serve this region.

Equiano will be the first subsea cable to Africa to incorporate optical switching at the fiber-pair level, rather than the traditional approach of wavelength-level switching. This greatly simplifies the allocation of cable capacity, giving us the flexibility to add and reallocate it in different locations as needed. Fully funded by Google, we’re able to expedite our construction timeline and optimize the number of negotiating parties. A contract to build the cable with Alcatel Submarine Network was signed in Q4 2018, and the first phase of the project, connecting South Africa with Portugal, is expected to be completed in 2021. 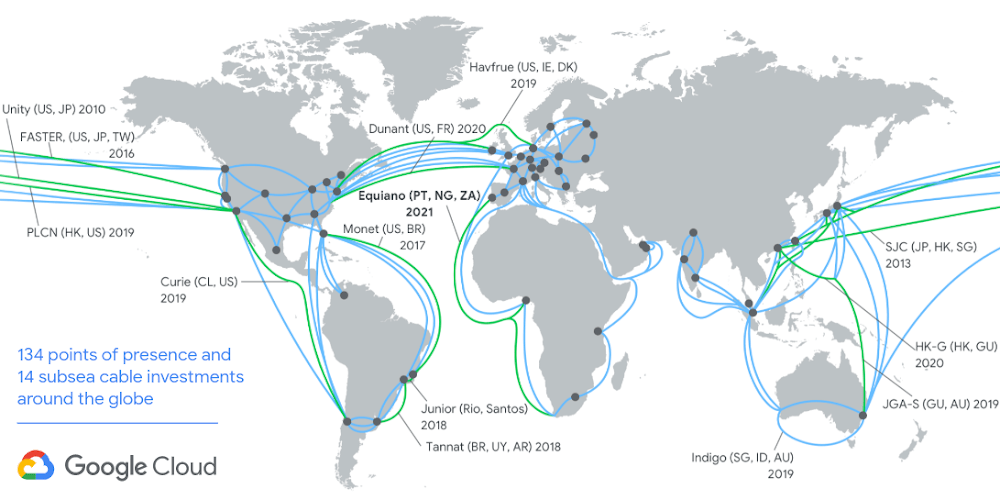 Between 2016 and 2018, Google invested US$47 billion in capex, which includes investment in improving our global infrastructure. Equiano will further enhance the world’s highest capacity and best-connected international network. We’re excited to bring Equiano online, and look forward to working with licensed partners to bring Equiano’s capacity to even more countries across the African continent, in addition to existing cables such as the  South Atlantic Cable System (SACS) the first direct subsea cable link between Africa and South America.