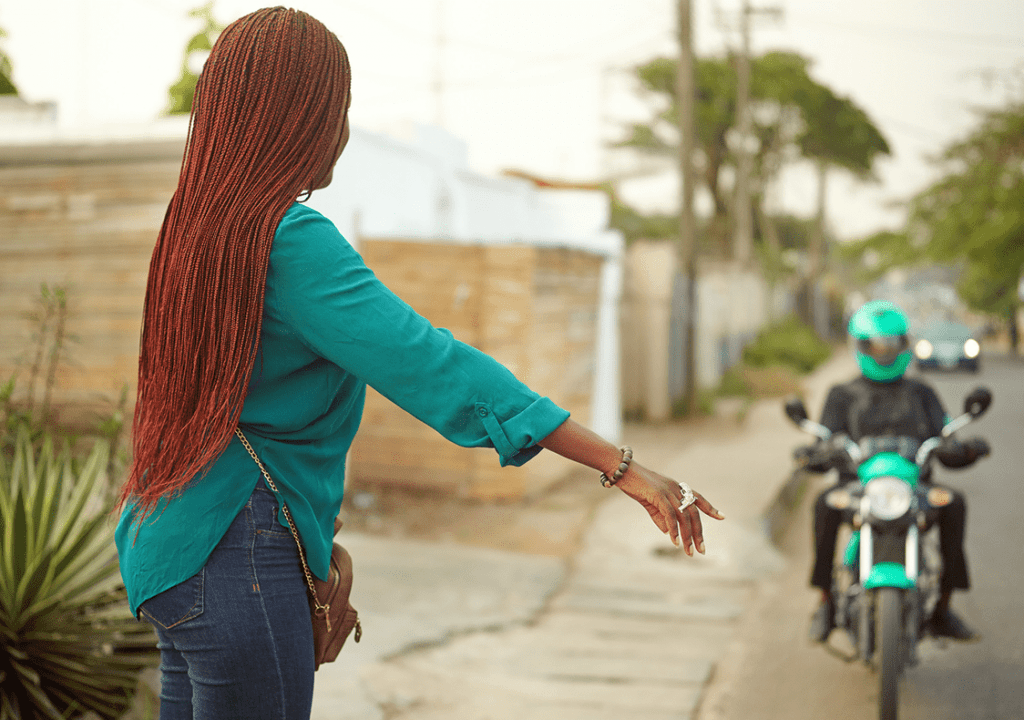 Based in Lagos, Gokada provides quick, safe and reliable transport, in the form of okadas (commercial motorcycles) – a functional form of transport which has become part of the fabric of everyday life in the heavily-congested city. To date, regular okadas have been deemed as largely unreliable and unregulated. With Gokada, riders can hail drivers via its mobile app which is available on Android and iOS. Since launching in 2018,  Gokada has already acquired approximately 1,000 motorcycles that are manned by trained, insured and verified drivers, kitted out with helmets which are DOT (US Department of Transportation) approved and certified. The company has completed nearly one million rides since inception, getting riders to their destination 50% quicker than travel by car. With combined app downloads of close to 200,000, Gokada currently ranks as the most popular motorcycle-hailing app in Nigeria and a top 100 app overall.

Gokada is committed to driver empowerment; ensuring drivers benefit from health insurance, access to loans as well as the opportunity to own their motorcycles after a year of employment. With this fundraise, the company will be able to provide more value added benefits to its driver fleet.

Fahim Saleh, Co-Founder and Co-CEO of Gokada says, “Our green Gokada motorcycles have become a regular feature of Lagos’ roads in the 14 months since our official launch. Gokada was built with the intention of becoming the future of two-wheel transport in West Africa, and we are fast becoming the go-to platform to hail a motorcycle ride in Lagos. Today’s announcement allows us to accelerate our growth projections significantly, as we continue to grow our market share and look to introduce more product features and services”.

Saleh is joined by Nigerian tech stalwart Ayodeji Adewunmi, Director at Rise Capital and the Co-founder and former CEO of Jobberman, who is joining Gokada as Co-CEO. Former CEO Deji Oduntan will be stepping down from his role at the company as part of the funding round.

Ayodeji Adewumni adds, “It is an incredible time to be joining Gokada on this journey to transform transportation in Nigeria and the rest of Africa. I am truly excited about the promise of Gokada becoming the operating system of how cities function optimally and efficiently across Africa. There is no doubt in my mind that this will become one of the most important companies in Africa.”

Nazar Yasin, Founder and Managing Partner at Rise Capital says “Gokada’s rapid entry into Lagos’ transport market has been transformative. We have noticed that some markets like Nigeria and Indonesia, which both have large populations and inadequate road infrastructure, are more likely to be dominated by motorcycle-hailing companies rather than traditional car-hailing players, and Gokada’s relentless focus on product, customer service, and safety has enabled them to take advantage of this dynamic and produce some truly impressive growth metrics. They are reshaping the tech-enabled transport market in Lagos, and we are excited to be partnering with them as they scale”.

Gokada recently celebrated its first year in business with the launch of its brand new office in Ilupeju, Lagos set to house a state-of-the-art Driver Training School to train and verify up to 500 drivers at a time.