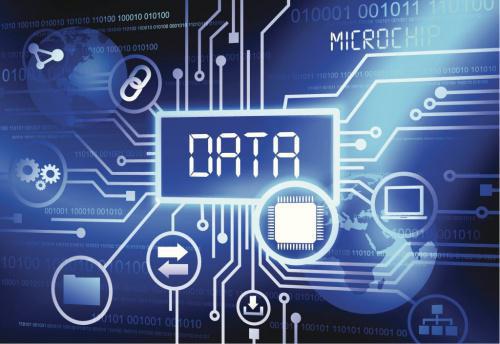 Data consumption continues to grow at an incredible pace globally. Over 90% of all the data in the world was created in the past two years, and the total amount of data being captured and stored by industry doubles almost year on year. Every minute we send 204 million emails, generate 1,8 million Facebook likes, send 278 thousand Tweets and up-load 200 thousand photos to Facebook.

Coupled to this, mobile phones are now even more accessible to the general population than they ever have been, with 17.9% of rural households in South Africa alone accessing the internet from mobile devices and 30.8% of South African households using mobile devices to access the internet, according to Statistics South Africa’s General Household Survey report published in June 2014. The sheer size of the African continent, coupled with the fact that Sub-Saharan Africa’s population is rising faster than the rest of the world (Population Reference Bureau predicts that Africa’s population will double to 2.4 billion by 2050) means that there are already several hundred million internet users who are demanding internet performance, and this number will rise at an inconceivable pace.

Peter Greaves, Aurecon’s Expertise leader for Data & ICT Facilities comments: “The impact of this is that telecom operators will have to find better, smarter ways to serve a data-hungry population throughout Africa. Corporations and governments are also becoming aware of the increased need for data centres and the fact that outsourcing these services allows them to focus on their core activities. Concerns about unreliable power and inadequate security can similarly be delegated to a dedicated third party that will guarantee the required uptime and data integrity.”

He adds: “While it’s true that data centres can be remote, countries (especially African countries) need to start looking at more local solutions in order to ensure data sovereignty and efficient network performance.  This demand will drive a significant data centre build-out in both East and West Africa over the next 20 years and now is the time to start reassessing the number of data centres in Africa, where they are located and how we can create scalable solutions to meet future data needs.”

“There are many complexities involved with building data centres that become long-term assets. Creating long-term, dynamic, scalable data centres in Africa will require us to draw on the key lessons learned from around the globe as well as the knowledge from local experts in the field,” believes Greaves.

Aurecon has been involved in data centres for over 15 years, including forming part of the project teams on some of the largest data centres around the world. This international experience, coupled with our local engineering experience of conditions throughout Africa, means that we have the skills to avoid the pitfalls that many other countries have seen when planning and building new data centres.

“The increasing demand for datacentres in Africa will lead to an inspiring, large scale build of data centres and usher in a digital revolution in Africa,” believes Greaves.

“Done right, the evolution and expansion of data centres will enable the globalisation of the African continent. If these are situated close to reliable, expandable data links linking the population of Africa to all parts of the world in real time, they will accelerate learning, promote ease of business and allow African people as well as businesses to expand their knowledge and corporations. These are just some of the benefits that the continent can look forward to in the future if data centres are planned properly today.”