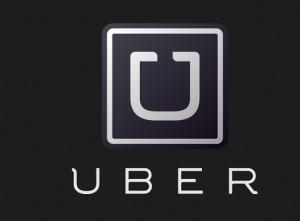 As Appsafrica.com previously reported the Uptake of the UberX low-cost taxi hailing app in Cape Town has been “incredible”. So what about Lagos? Can Uber work in a city renowned for some of the worlds worst traffic?

The answer is a definitive yes. Having experienced Lagos legendary traffic and drivers for many years, Uber works like a dream. One cannot change the traffic, but you can now book and receive a seamless service at the touch of a button with no hassle, haggle or bundles of naira by utilising mobile GPS. This means it is now possible to experience wait times of between one and fifteen minutes (far outside of Lagos) which is refreshing, even more so when the car arrives on time.

Uber has launched in a number of African countries including Kenya, South Africa and Egypt. However none are on the scale of Nigeria or Lagos which already has a number of mobile taxi innovations including Tranzit and Easytaxi prior to Uber’s arrival.

Ebi Atawodi, General Manager of Uber in Nigeria shared Uber’s progress since launching in Lagos in 2014 with Appsafrica.com which you can watch below.

Growth to date
“As of January this year, supply side has grown 10 times and on demand side about 100 times, Nigerians have really taken to the platform” shares Atawodi.

Every city has it own unique challenges but the thing that remains in any city “is that people still need to get from point A to point B” explains Atawodi. Starting in Lagos, Uber recruited a 3 person team working with locals who knew the pain points of the city while partnering with local brands to grow the user base.

One of these was challenges was “on the payment side as there was a retissense to giving card details initially” but this has improved and trust has grown as proven by the growth in demand and no cash alternatives.

Future of Uber in Nigeria
Around the world Uber has diversified into helicopters in New York, tuk tuks in India with Uber Go and in Nigeria, Uber is already thinking of ways it can utilise the service from a city perspective. Testing the market Uber Lagos has “delivered hampers on demand at Christmas and cupcakes on demand for Valentines day”, so they are already looking at “Uber things” explains Atawodi.

When you have mobile phones in peoples hands and you can get things to them in minutes “the possibilities are endless” she adds. “Africa is a very exciting market for Uber” and with many of the next billion internet users coming online from emerging countries expect more Uber cities across Africa.