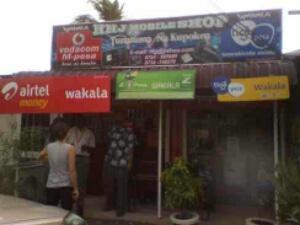 Airtel, Tigo and Zantel have announced a pioneering agreement to allow their respective subscribers in Tanzania to send money to each other whether using Airtel Money, Tigo Pesa or EzyPesa on their mobile handsets.

According to the East African the service, which begins this month, is expected to set a precedent for other markets such as Kenya, where Airtel has been pushing for the interoperability of mobile money services.

First interoperability deal in Africa
Although it has been possible to send money through various mobile networks, this is the first agreement in Africa to adopt such “interoperability” whereby telecoms allow their customers to send and receive money across networks and the e-money goes directly to the respective subscriber’s e-wallet account.

Customers can now send money freely
With this agreement, customers of the three telecommunications companies will be able to send money, by mobile, directly to each other.

“Today’s partnership will bring all existing and potential consumers closer to arm’s reach of mobile money services,” Sunil Colaso Airtel Tanzania’s managing director said in a statement to the media.

Kenyan operators legal battle
In Kenya, Airtel moved to the High Court in November contesting a decision by the competition watchdog to terminate a complaint it had filed asking the regulator to investigate Safaricom for unfairly pricing M-Pesa services between its subscribers and rival networks.

Airtel argued that Safaricom has unfairly priced M-Pesa services to cement its dominance in the mobile money transfer business.

The firm accused Safaricom of pricing M-Pesa services on unregistered users at double the registered price. Airtel argued that since M-Pesa is an SMS-based service, the cost charged should not be more than the Sh2 it costs the operator to terminate an SMS from a different operator.

Safaricom’s market share in the mobile money market stands at 73 per cent in terms of customers — commanding more than 18 million clients — and 88 per cent in terms of agents, according to official statistics. This means that the bulk of the mobile money transactions have been restricted to Safaricom’s network. The parties are said to have since agreed on out of court settlement.