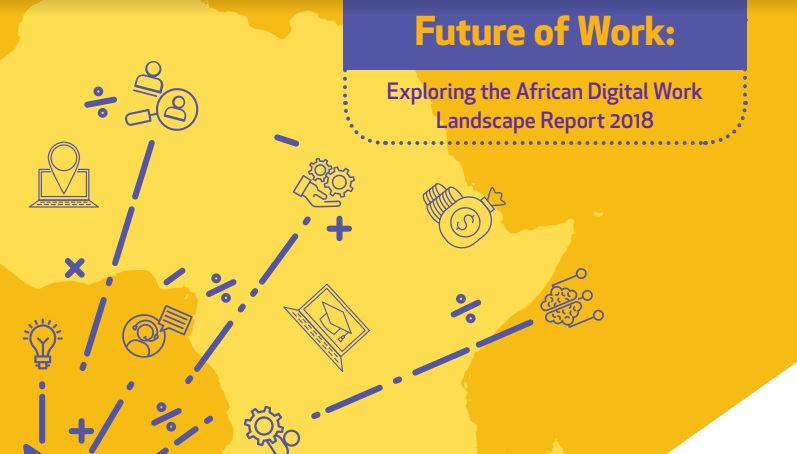 The African continent is gradually transitioning towards the gig economy, as early-stage entrepreneurs and funders increasingly favour on-demand services as opposed to more traditional jobs boards.

This is according to the Future of Work: Exploring the African Digital Work Landscape Report 2018, released today by Disrupt Africa, which records 180 startups in operation across Africa, changing the face of the continent’s work and employment landscape.

The report finds that the startup community across Africa has fully embraced the digital workplace, with evidence of a thriving “future of work” ecosystem on the continent. A sudden boom can be identified between 2015 and 2017, a period in which almost 75 per cent of the startups currently active were launched.

Though the initial growth in the space was attributable to the establishment of startups applying tech to the traditional jobs board approach, allowing employers to advertise jobs to prospective employees online, the sector is gradually maturing. Increasingly, more mature solutions aimed at freelance, one-off or project-based work are taking centre stage.

On-demand platforms now account for a greater percentage of the market – 35 per cent in all – than recruitment services and marketplaces, a share that is increasing over time. These services are active across a variety of spaces, most notably logistics, transport, education and home services.

As on-demand solutions increasingly come to the fore, investors have focused their attentions on this space. Whereas in 2015, the three major sub-sectors – recruitment, marketplaces, and on-demand – secured similar total amounts of funding, the latter is increasingly asserting itself as the leader, raising over US$14.5 million in funding in the last 3.5 years.

Nigeria and South Africa are the continental leaders when it comes to digital work startups, with the former hosting 58 startups active in the space, and the latter contributing a further 47.

“Africa faces significant unemployment issues, with 16 of the world’s 30 highest unemployment levels belonging to African countries,” said Disrupt Africa co-founder Gabriella Mulligan. “In its tech space, however, the answers could be found. Startups are coming up with increasingly innovative ways of connecting all kinds of professionals with work, and investors are seeing the potential.”

Tom Jackson, co-founder of Disrupt Africa, said the continent was moving towards the on-demand economy at pace.

“Everyone from domestic cleaners, to teachers, to artisans now has the opportunity to access work via various marketplaces and on-demand platforms across Africa,” he said. “These solutions are putting power into the hands of individuals – be they workers or customers – and are ensuring more and more Africans are able to access opportunities. It is an exciting time for the space.”

For more information or to purchase the report please click here.