Only one month in and 2016 has already been an eventful year in Nigeria’s tech ecosystem with big announcements  such as the availability of Netflix in the country and Uber’s announcement of plans to introduce cash payments in the country – Paul Adepoju.

With these announcements by two of the world’s leading tech companies, startups in Nigeria are already aware that they have to sit up, up their game and fight a good fight. Paul shares five of  Nigeria’s promising startups to watch in 2016.

1. Supermart
Supermart.NG had quite an impressive run in 2015 and it appears as if its co-founders, Raphael Afaedor and Gbolahan Fagbure have been able to survive the ecosystem and things are beginning to look good for the company. One of the reasons why Supermart.NG is a company to watch is its somehow unique offering – allowing Nigerians to order everyday products on the platform. They’ve been able to understand that having more uniquely Nigerian groceries would make shoppers to use the platform more often.

They are also not wasting money and threatening their survival by attempting to be everywhere; instead, their eyes remain focused on the Lagos market which is a really good thing since 80% of Nigeria’s ecommerce market is in Lagos. With a gradually clientele, and a well pivotal decision to do without cash on delivery, Supermart.NG has had a rock solid foundation and this year may be the year the company becomes profitable.

2. SureGifts
SureGifts as previously reported on Appsafrica.com started as a startup founded to enrich the art of gifting and to make the process easier. It has now expanded to a platform that some of the country’s major companies (including tech giants) are using to reward their workers and customers.

This year, they launched a new product called SureCredit that allows employees to get voucher loans with which they can acquire assets, pay utility bills and travel without incurring high interests and very strict terms and conditions. With the launch of SureCredit, SureGifts has opened the eyes of industry watchers to the unlimited potentials of gift cards even in a country like Nigeria. 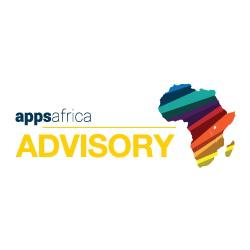 3. Truppr
Truppr, a nominated finalist for the Appsafrica Innovation Awards 2015, is another Nigerian startup to watch closely this year and interestingly, it is the only startup from Lagos-based co-Creation Hub (CcHub). Founded by CcHub’s co-founder Bosun Tijani, it has been able to carve a niche for itself.

While having a strong social appeal and preaching a powerful unpopular message of fitness, it also has a very smart business model with its store and  social events – both of which have unlimited capacity to raise huge sums of money; it can also easily scale globally with minimal push thus making the product which is being pitched as a social tool that helps sport lovers organize and find team mates for their favorite sports in cities around the world, to be a startup to watch in 2016.

4.Tutlub
Religion is a really big deal in Nigeria and across Africa which is why Tutlub, the first (serious) social networking app for Muslims in Nigeria is something to closely watch in 2016. According to Yusuf Hassan, the founder of the startup, Tutlub was launched out of the desire to give Muslims a stronger media base. Late last year, the app was softly launched, allowing Muslims to connect with other Muslims to supplicate, communicate and learn together as an online Muslim family.

The result has been impressive – thousands of downloads and numerous users are giving it positive reviews. All that the founder of the app needs to do is to quickly implement his monetization strategies and not get distracted by its very cool social networking service alone.

5. MyAds
Probably saving the best for the last is how I can describe ending this list of the startups I will be closely watching this year with Simeon Ononobi’s latest venture called MyAds which is already redefining advertising in Nigeria and at the same generating tens (probably hundreds) of thousands of US Dollars in revenue for the founder.

MyAds is an app that gives its users the ability to host ads on the call screen of their mobile phones and get rewarded. MyAds also enables corporate advertisers to advertise directly on consumer’s mobile phones as well as target ads better. The users are also not left out as they will have the opportunity to earn points which can then be redeemed for airtime credit. In Nigeria, the service is available on all networks but that’s not all.

Just this year, news leaked that MyAds has expanded to India, a decision which Ononobi said was taken in response to increasing interest by partners willing to take the app globally. I also gathered that MyAds will be live in a total of 12 countries before the middle of the year. Now that’s a Nigerian startup everyone should be watching.

Onyeka Akumah, Chief Marketing Officer of Travelbeta.com said he believes that 2016 will be a year that stakeholders expect more serious businesses to come up with real solutions customized for Nigerians. I couldn’t agree more.