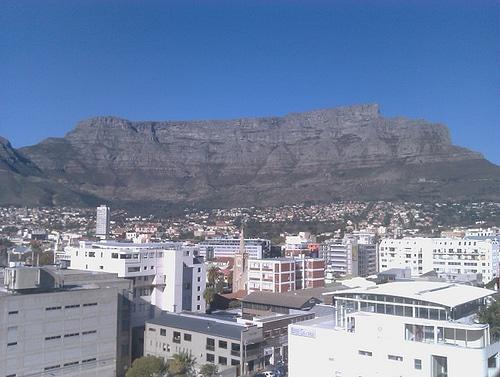 , a mobile solutions laboratory and startup accelerator that provides entrepreneurs and mobile developers with the support they need to develop innovative mobile applications and services, believes startups in South Africa are not hungry enough for success compared to their counterparts in other startup ecosystems in Africa – Paul Adepoju.

In an interview with AppsAfrica on the sidelines of DEMO Africa, mLab Facilitator, Rulani Nevhufumba, shared how South Africa’s ecosystem has adequate support in place for entrepreneurs but the entrepreneurs are not showing enough commitment, towards ensuring that their products succeed in the market.

“When I got to DEMO Africa in Lagos and I saw how people are active to invest in Africa and Nigerian startups, I was impressed. We don’t have those kinds of people that come up to raise their hands and say ‘hey I need to invest you’. We have got startup companies that are struggling to have that kind of support,” he said.

He added that many startup founders in South Africa lack patience. According to him, while many entrepreneurs want to start something now, many of them are not patient enough to nurture the product to growth.

“Many people want to start something now, after two months they expect fruits. But they need to consistent and they need to find the right idea and focus on it now instead of finding something to work on now and tomorrow you change – and you keep on changing,” he said.

According to him, startups doing something, raising money and changing their minds afterwards have become a familiar development in South Africa.

“They feel like this is not where I want to be, when some of them are not getting money, they give up and go to the public sector to work and get money. They don’t have that patience. We do have resources to give these guys everything they need.”

He said mLab is a non-profit government-funded company that offers developers free office space and internet; no equity is taken when a successful app is developed.