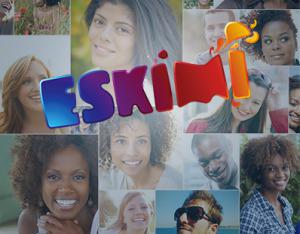 Following the growth of smartphones in Nigeria and other African markets, Eskimi has reacted to the change and launched a new smartphone version for touch devices. The new version has a special touch interface and better experience for mobile web users.

Eskimi first moved into the Nigerian market in 2010 and the landscape has changed considerably since then. At that time “80% of users used Eskimi as their first chat service” explains Vytas Paukstys, CEO of Eskimi in an interview with Appsafrica.com.

Facebook of course is a big social media player in Africa and Eskimi’s strategy was not to go head to head with Facebook. “we knew from the start that no one could win the war with Facebook, we built more of a destination where users come to view fan clubs and interact with others” explains Paukstys. Today Eskimi has over 150,000 fan clubs including various interests from music to sport.

“Although we do not believe that feature phones will disappear in the next few years, we see that Android has grown to almost 35% of our current user base. We see that users are upgrading their devices and continuing to use Eskimi, which is good news and we made a smooth switch” explains Paukstys .

Local players often face risks of loosing users with growing smartphone penetration because of increased competition from the international app stores. Eskimi has managed to migrate the users and even grow new segments with the smartphone evolution in Africa even with Facebook around.