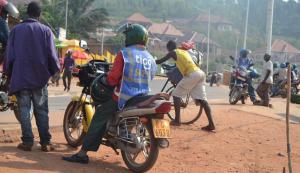 The Nominet Trust, the UK’s leading tech for good funder, has announced that SafeMotos has been named among the 2015 Nominet Trust 100 (NT100) – a global celebration of the 100 most inspiring uses of digital technology for social good.

The projects featured in the NT100 are using technology to tackle some of the world’s biggest social problems including support for refugees in Europe, healthcare, social inclusion and our emergency response to natural disasters.

CTO Peter Kariuki and Co-Founder of SafeMotos shared how “it is fantastic to see that the incredible danger of traffic accidents across Africa is becoming more and more recognized. We are deeply honored to see our hardwork and passion appreciated and look forward to leveraging the Nominet 100 Trust recognition to keep raising awareness of what is, after HIV/AIDS, the greatest killer on the continent of Africa.”

This year, SafeMotos is rubbing shoulders with familiar names such as Google X’s Project Loon, which aims to deliver the Internet to developing countries via large air balloons and Wayfindr, a project led by UK charity, the Royal London Society for Blind People (RLSB), which allows visually impaired people to navigate via an audio smartphone app. The list also features lesser-known ventures such as Kgolagano, which utilises TV white space to provide medical care to rural areas of Botswana remotely, and Humanitarian Open Street Maps Team, which harnesses the power of the crowd to build maps for emergency aid workers, for example during the West Africa Ebola outbreak.

The 2015 NT100 was compiled from a combination of over 500 public nominations and in-house research to produce a shortlist of 150 projects. This shortlist was presented to our judging partners of ten tech and charity organisations, who selected the final 2015 NT100.