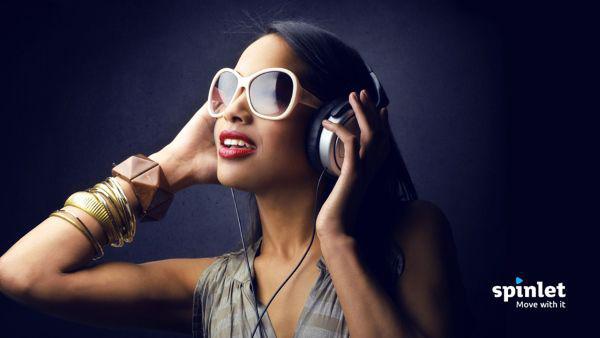 After more than a decade of digital disruption, the African entertainment and media industry has entered a new landscape – one where the media is no longer divided into distinct traditional and digital spheres.

As Appsafrica.com previously reported, the music industry in Africa is being built on digital platforms such as Bozza and Spinlet while Nigeria’s SOLO are offering content-focused mobile devices.

According to Spinlet and iROKING online streaming and download services mark the future of music in Africa, particularly when these services are optimized for mobile devices – uptake of which continues to boom across the continent.

Video and mobile
Vicki Myburgh, entertainment and media leader for PwC Southern Africa, says: “This year’s Outlook shows consumer demand for entertainment and media experiences will continue to grow, while migrating towards video and mobile. Increasingly, though, it’s clear that consumers see no significant divide between digital and traditional media – what they want is more flexibility, freedom and convenience in when, where and how they interact with their preferred content with independent video on demand a growing trend.

“Consumers are choosing offerings that combine an outstanding and personalised user experience with an intuitive interface and easy access. This includes shared physical experiences like cinema and live concerts, which appear re-energised by digital and social media.”

Aside from the Internet, the Outlook predicts that the fastest growth will be seen in video games, business-to-business and filmed entertainment. “But it is Internet access itself that is acting as a driver of revenues in video games and film, creating new revenue streams by making over-the-top (OTT)/streaming or social/casual gaming viable to more consumers and thereby cancelling out physical falls,” adds Myburgh.

Traditional media grows slowly
Music, magazines and newspapers, which will show only moderate consumer growth, are three segments that face strong competition from the Internet. The music market was worth R2.01 billion in 2014, compared to R2.08 billion in 2013. Annual revenue is forecast to grow marginally by a CAGR of 1.3% over the next five years to remain relatively flat at R2.1 billion in 2019.

Consumer revenue from books, magazines and newspapers is expected to rise by just R1.3 billion over the entire forecast period, not surprising when many are reading books using mobile and disruptive innovators like TalkingBookz are creating new digital experiences.

Despite the strong projections for advertising, its share of the entertainment and media mix is predicted to decrease by 2019 as consumer spending takes an ever larger part of the pie; from 35% in 2014, advertising will account for just 30% of spending in 2019.

“Affordable Internet access will continue to digitally disrupt the market in novel and innovative ways. The ongoing spread of services to mobile networks, novel devices and emerging markets will change how media and entertainment are served, consumed and monetised in multiple ways. Affordable Internet access will also inhibit the revenue growth of various sectors as consumers use it to access free, ad-funded and lower-priced subscription-based versions of new and existing media services,” says Myburgh.

Nigeria
Nigeria’s entertainment and media market grew by 19.3% in 2014 to reach US$4 billion. By 2019, the market will be more than twice as big, with an estimated total revenue of US$8.1 billion. As in South Africa, the Internet will be the key driver of growth for Nigeria. Television, comprising revenue from TV advertising and subscriptions, is the other main driver.

Excluding Internet access, television, filmed entertainment and video games are the areas where Nigerian consumers are expected to spend the most over the next five years.

Consumer spend on video games and music is set to see the sharpest rise in forecast CAGRs at 14.3% and 11.4%, respectively. Piracy continues to remain a problem in Nigeria, limiting growth across several entertainment and media sectors.

Again, the Internet is expected to be the largest driver of growth, followed by television and radio. TV advertising will overtake radio in 2016, and Internet advertising will see the fastest growth rate at a CAGR of 16.8%. Traditional mediums such as TV, radio and newspapers will continue to be the first choice for most Kenyan advertisers in the foreseeable future.

Concludes Myburgh, “Today’s media companies need to do three things to succeed: innovate around the product and user experience; develop seamless consumer relationships across distribution channels; and put mobile (and increasingly video) at the centre of the consumer’s experience.”